So, you want to learn bojutsu? To have a broad perspective on this you should know something about the different types of bo (i.e., staff) and the martial art traditions that use them.

This article will give you insights on these issues and how they’ll factor into your training.

The bo is used in many martial arts. It’s a simple, traditional weapon that’s usually made of wood, although nowadays you can obtain a bo made of metal or synthetic material.

The bo is commonly associated with Kobudō (古武道) — the martial way of Okinawa, Japan — and Chinese Shaolin kung fu (少林功夫). Gen Xers (like myself), Millenials, and perhaps some Gen Zers will recognize the bo as the weapon of choice of Donatello — one of the Teenage Mutant Ninja Turtles.

It’s commonly thought that many Kobudō weapons were developed from agricultural tools. This is certainly true for some weapons such as the nunchaku.

Unlike sharp swords or pointed spears, the staff is a blunt weapon that allows the wielder to defeat an opponent without killing them. This characteristic aligns with the Buddhist tenet of peace and mercy. And this is why it’s widely believed that the bo, which can also serve as a walking stick or as some other tool, was the “everyday carry” weapon of choice for Shaolin monks.

Traditionally, the bo was made of flexible (e.g., bamboo, waxwood, rattan) or hard (e.g., red or white oak) wood. Some flexibility was important, as it allows the bo to bend without breaking or splintering. Likewise, some degree of hardness and weight was important so the bo could be used to deflect other weapons and be an effective bludgeoning instrument.

Modern bo are often made of lightweight metals (e.g., aluminum) or synthetic material (e.g., graphite), which makes them light and easy to move around quickly. This is a characteristic that’s important in Extreme Martial Arts (XMA) demonstrations and competitions.

Bo are found in several shapes, typically round or octagonal with respect to their diameter. Round bo are the most common.

Some believe that octagonal bo are easier to hold onto because of the edges. Also, the edges provide a focused point of contact that can cause more damage to its intended target.

In addition, some bo are uniform in diameter from end to end, whereas others have varied degrees of tapering with ends that are “skinnier” than the middle. Such tapered bo are found in traditional dojos, but they’re most popular among the XMA crowd.

The standard center-width of a bo is 1 inch in diameter or 3.14 inches in circumference. This “thickness” can be larger (slightly more than an inch) or smaller (slightly less than an inch) depending on the size of the user’s hands or his/her preference.

The standard width of bo ends (tips) are generally uniform (same width as the middle) or slightly tapered, generally 3/4 inch in diameter or a circumference of 2.35 inches. Again, the tapering can be more or less depending on what the user wants.

Bo come in a variety of lengths (see the Staff Variations section, below, for an extended discussion). However, a traditional bo is just shy of 6 feet in length. The 6-foot bo is sometimes called a rokushakubō (六尺棒: ろくしゃくぼう). This name derives from the Japanese words roku (六: ろく), meaning “six”, shaku (尺: しゃく), and bo. Shaku is a Japanese measurement equivalent to 0.994 feet. Therefore, rokushakubō refers to a staff that’s 6-shaku (5.96 feet) long.

In the old days this “standard,” longer length was important for combat purposes as it gave the holder greater distance for striking. In moderns times, shorter lengths are typically used for XMA and tournament competitors. This is because, like tapering, it aids in greater ease of handling and speed.

Lastly, some martial art schools recommend their students customize the bo length to their personal heights or a few inches shorter than their heights (e.g., to eyebrow level). This makes their bo easier to handle.

Bo vary significantly in weight. A synthetic XMA competition bo may weight as little as 4 ounces, whereas a traditional hardwood bo may weigh 4 pounds or more.

Weight is dependent upon a combination of factors including length, type and density of material, solid versus hollow, and degree of taper.

Notice I use the word “staff” here. This is because the bo is one specific type of staff. There are many different types of staff, and they come in a range of lengths and therefore serve different purposes.

Let’s examine a few (this is not a comprehensive list), from longest to shortest and based on Chinese, Japanese, and Korean examples.

Set up a FREE Beginner’s Account and start training with the bo today! What have you got to lose? 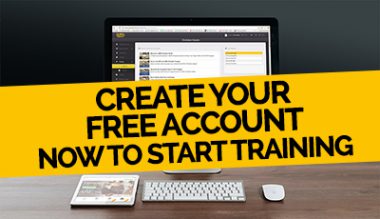